Rainbows Member Posts: 243
November 2017 in Tropical / Freshwater Fish
Hey everyone, I've got a lot of projects I'm working on right now so I thought I would create this and update it regularly so you can all watch what happens, the highs and the lows.
Anyways, current updates;
1. I just bought a tank rack with included tanks (2x2ft + 3x3ft + Sump) for a total steal of $400. The tanks are drilled and plumbed and the guy also included the pump he brought for it 3 months ago, apparently worth $800 by itself. Needless to say this has got me really excited and will be used for breeding purposes. Here's two pictures, first of the stand which I'm in the process of painting black, and then the tanks. 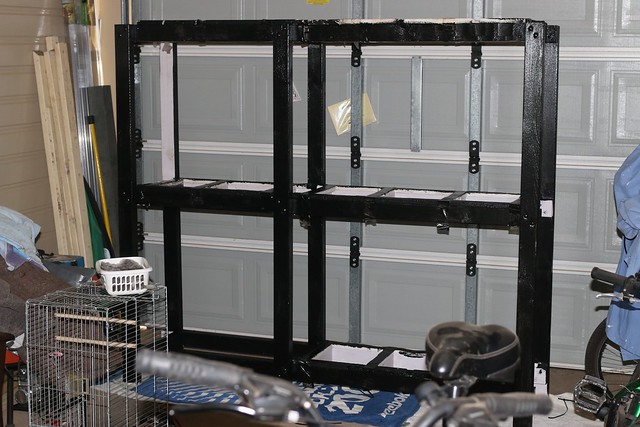 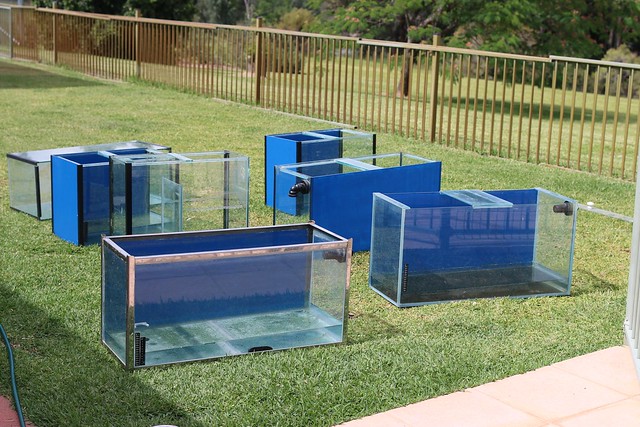 2. I also brought a shuttle (holds a thousand litres) and have chopped the top off and converted it into a pond. It previously held some kind of concrete setter which I removed the remnants of with a pressure cleaner and then filled. I checked for toxic residues by using some sacrificial gudgeons and Macrobrachiums but none died and were subsequently released. The pond now holds plant cuttings, a lily and will eventually become home to all of my Melanotaenia splendida inornata Remu. This will free up my four footer for something else. Here's some pictures. 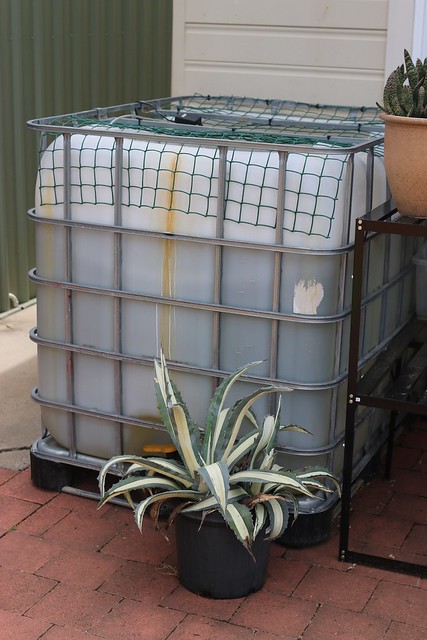 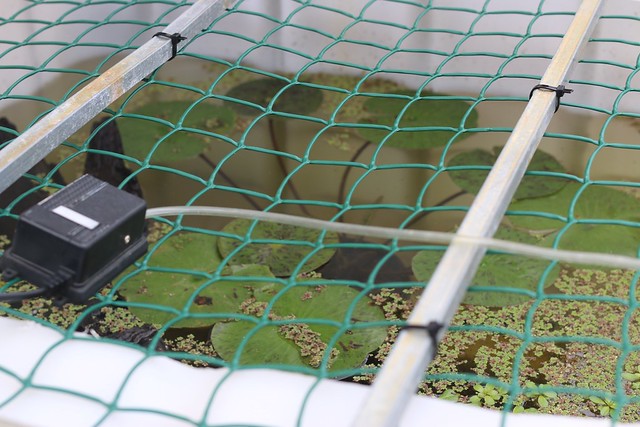 3. Finally a crappy but updated picture of my main 4 footer. 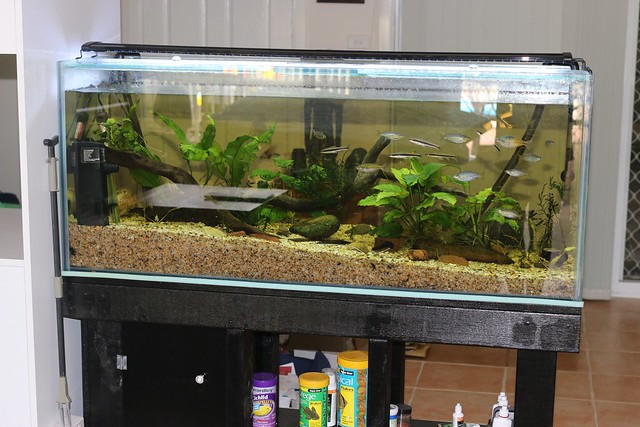